Harry Potter and the Escape from Gringotts

Did you hear the news? Universal Orlando Resort revealed details about Harry Potter and the Escape from Gringotts – the revolutionary attraction found in the heart of The Wizarding World of Harry Potter – Diagon Alley. The Grand Opening date for the spectacularly themed environment will be announced at a later date. 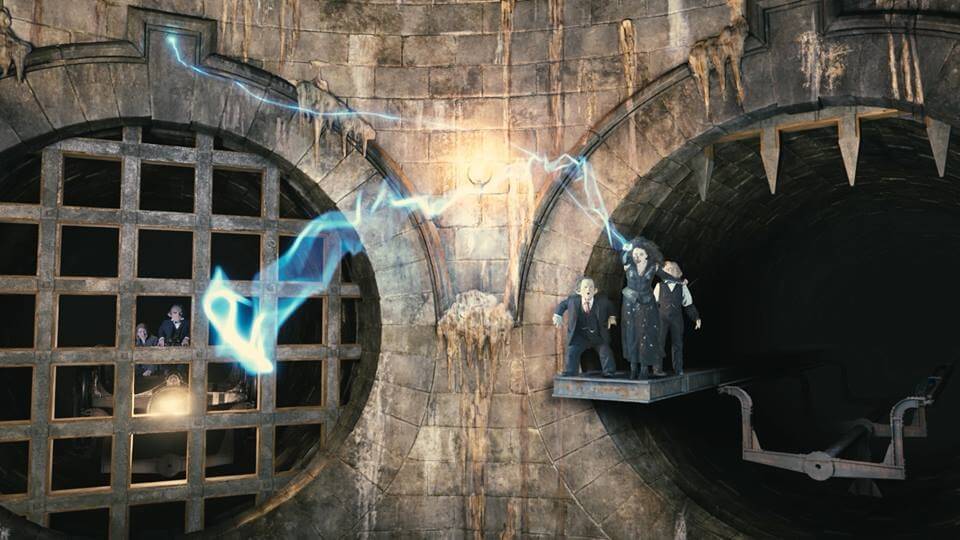 Imagine being part of the iconic moment from the Harry Potter film series where Harry, Ron and Hermione break into one of the most guarded places in the wizarding world – Gringotts bank – to retrieve a magical object that will help defeat Lord Voldemort. You’ve seen the action on-screen, and now you get to be part of it.

Universal’s creative team worked hand-in-hand with Stuart Craig and his production team from the Harry Potter films to immerse guests in this pivotal scene from the final Harry Potter book and film.

During an action-packed, fully-immersive journey on Harry Potter and the Escape from Gringotts, you will:

– Marvel at the 60-foot, fire-breathing Ukrainian Ironbelly dragon atop Gringotts Wizarding Bank
– Tour Gringotts bank and pass through the marble hall where you’ll see goblins hard at work
– Race through a labyrinth of underground Gringotts vaults
– Encounter the villainous Death Eater, Bellatrix Lestrange, as she attempts to send you to your doom
– Come face to face with He Who Must Not Be Named
– Experience even more mind-blowing moments

“Harry Potter and the Escape from Gringotts will change the way you think about theme park attractions,” said Mark Woodbury, president of Universal Creative. “We’ve created an entirely new type of ride that propels guests into the story like never before, and guests will remember it long after their visit to Diagon Alley.”

00 Incredible multi-city holiday destination Multi-city holidays allow you to get more out of your travels! After all, who wouldn’t want to visit multiple destinations in just one trip? Not only are they a great way to pack a lot into your holiday, but multi-city travel packages are also the chance to really get to… END_OF_DOCUMENT_TOKEN_TO_BE_REPLACED