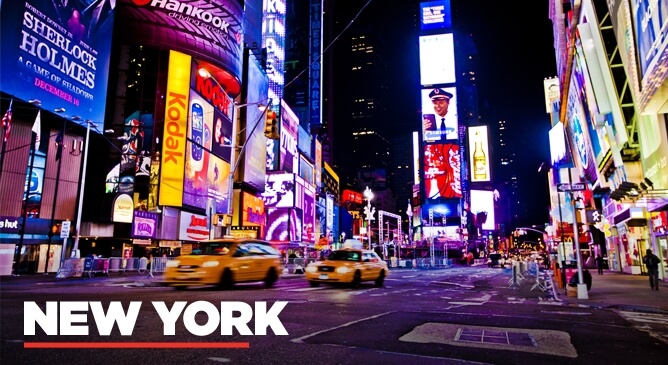 In New York dining out can be cheaper than eating at home and you can do it around the clock. The city boasts an incredible 20,000 restaurants and between them they serve up over 100 types of ethnic cuisine representing virtually every country in the world.

Whether it’s hot dogs or haute cuisine, New Yorkers are passionate about their food: meals, chefs, dining rooms, and patrons are hotly debated and crazes for new cuisines and restaurants can sweep across the city like a tidal wave!

Some of our favourites include The Pink Tea Cup on 42 Grove Street between Bedford &Bleecker Stations, a lovable village institution serving authentic Southern fried cooking – sausage patties, smothered pork chops, and cornbread. Also, try out Mesa Grill on 5th Avenue in Manhattan or Pastison 12th Street at 9th Avenue, which are amongst New York's best restaurants.

Other great New York restaurants include:

Locanda Verde, although owners include one Robert DeNiro, chef Andrew Carmellini is the real star here. After four years, this rustic neighborhood Italian restaurant is still one of the hottest tickets in town.

At the Spotted Pig one might expect the owners and regulars like Jay-Z and Bill Clinton to distract from the food, but chef April Bloomfield holds her own and then some at New York's top gastro pub. One of the best restaurant burgers in New York is served here.

The Best places to get New York Pizza include: