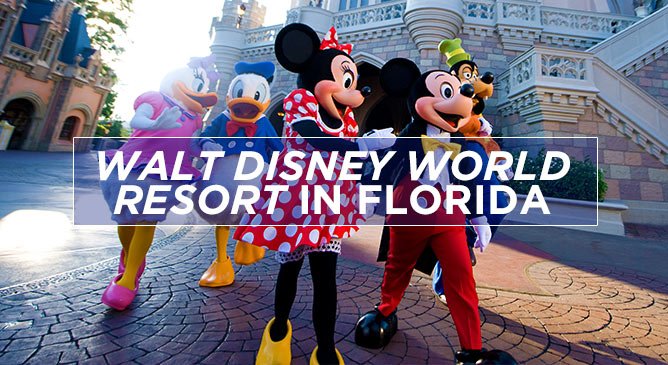 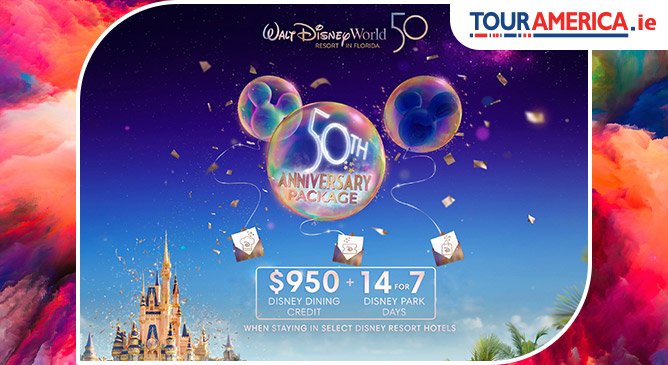 Walt Disney World Resort in Florida...it’s like stepping right into a dream holiday! The four Walt Disney World Theme Parks and two water parks make the real world seem far away, and make-believe as real as the smile on your face! Visitors both young and young at heart can immerse themselves in the world's top theme parks right here in Orlando... 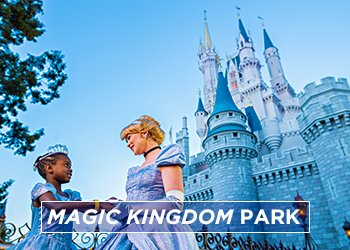 Fairytale dreams come true for children and adults of all ages at Magic Kingdom Park, one of 4 Theme Parks at Walt Disney World Resort filled with so many amazing attractions! Magic Kingdom Park is one and only place where once upon a time is now and make-believe is as real as today.

Believe in make-believe! Wonder, fantasy and plenty of pixie dust are everywhere in Walt Disney World in Florida. From flying through Neverland to yo-hoing with a band of pirates, six  enchanted lands with over 40 magical attractions, make exciting adventures and timeless fairy tale classics just a smile away. 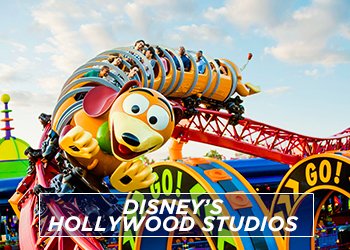 Take center stage as the star of your own adventure: from rock ‘n’ roll fantasy to Broadway-style stage spectaculars, from the silver screen to the TV screen to behind the scenes — only at Disney’s Hollywood Studios. 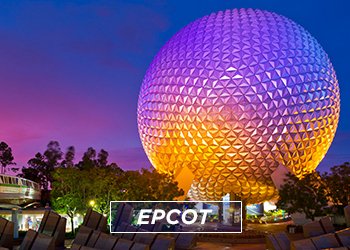 Discover endless possibilities in Epcot. High tech fun and Disney imagination are combined with the wonder of diverse cultures in two distinct worlds, Future World and World Show Case. After you've designed your own virtual concept vehicle and taken it for a thrilling spin at Test Track, immerse yourself in the culture and cuisine of 11 countries in World Showcase. One incredible experience unlike any other on earth, it can only be Walt Disney World in Florida. 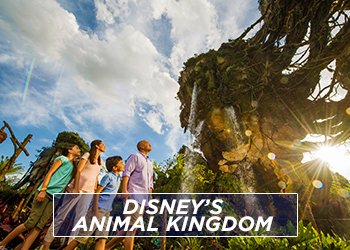 If you're looking to get up close and personal to some of the world's most spectacular animals including lions and white rhinos, be sure to catch a ride on Kilimanjaro Safari's! 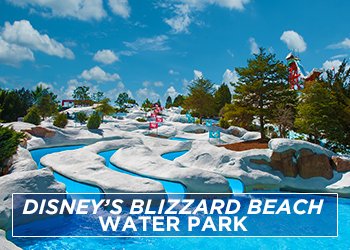 Get excited! Disney's Blizzard Beach Water Park, one of 2 Water Parks in Walt Disney WorldResort, features one of the world's tallest and fastest free-falling waterslides, as well as slides and rides for the whole family, such as a kid-sized, snow-castle fountain play area with scaled-down versions of the more thrilling attractions. 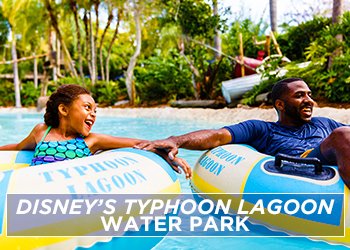 Disney's Typhoon Lagoon Water Park features attractions for the whole family - from fast waterslides to a children's area with pint-sized raft rides. Catch 6-foot waves in the Surf Pool and snorkel Shark Reef - with real sharks! Escape to a tropical paradise, sunbathe on the sandy beaches or glide down the lazy river on a relaxing raft ride. 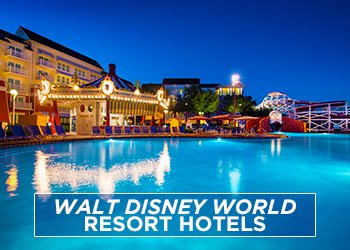 With the value and experience you get staying in the Walt Disney World Resort, Disney hotels can be considered as some of the best in the USA.

Act like a pirate, live like royalty or feel like a character from a beloved Disney movie when you stay in magically themed accommodations at select Walt Disney World Resort hotels. From complimentary airport transportation to extra time in the parks and being able to reserve attractions, character meet and greets and more all two months before you travel, there are lots of perks you can take advantage when staying at a Walt Disney World hotel!

A magical offer for The World’s Most Magical Celebration 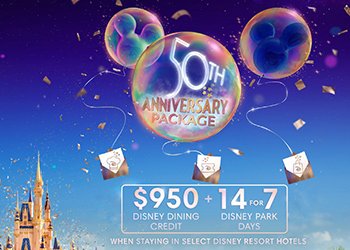 A magical offer for The World’s Most Magical Celebration

Calling all dreamers and believers. The destination born of impossible dreams is about to host The World’s Most Magical Celebration. A stunning EARidescent extravaganza unlike anything you’ve ever seen before. Or will ever see again. It’s the 50th Anniversary of Walt Disney World Resort in Florida. And you, your friends and your family are all invited.

We can’t wait to celebrate this momentous milestone with you. So much so, we’re offering you up to $950 Disney Dining Credit.

This means you’ll get up to $950 to spend on delicious food and drink at over 250 dining locations in our Disney Resort hotels, Disney Parks and Disney Springs¬. From fine dining to on-the-go bites, American classics to European delicacies, healthy snacks to holiday treats, there’s a world of mouthwatering magic to discover. And as you won’t be on a set Disney Dining Plan, you’ll have more flexibility and choice than ever, making this magical offer the icing on the cake for a once-in-a-lifetime occasion.