5 of the Best Thanksgiving Parades in the USA

Here in Tour America, we’re all about bringing families together on exciting and unforgettable holidays and what perfect way to bring the whole family together if not on Thanksgiving day! Thanksgiving day parades are a huge tradition in America and, every year, massive crowds come together to watch the festive floats, larger-than-life balloons and dance groups in cities big and small across the U.S. So, to celebrate the festive season that’s just around the corner, we’ve selected our all-time favourite Thanksgiving Day parades in America! 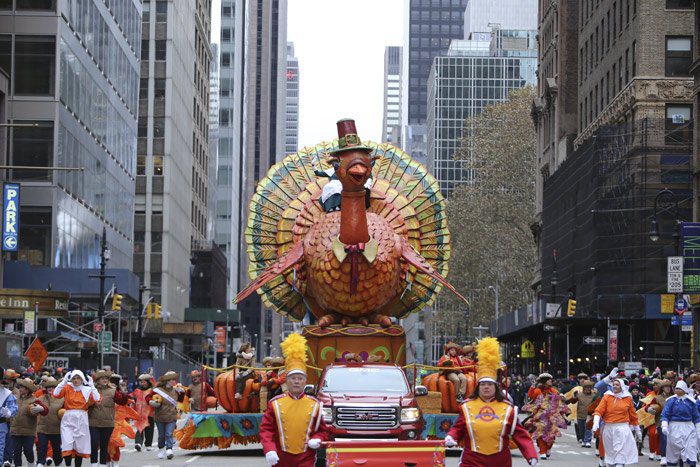 This year marks the 90th anniversary for one of the most impressive parades in the U.S. – New York’s own Macy’s Thanksgiving Parade. The parade is perfect for families, especially the little ones and the festivities feature head-turning character balloons, massive floats ornamented with festive decorations and marching bands. Even celebrities help bring the Thanksgiving celebrations onto the streets of New York with more than 3.5 million spectators watching the procession.

BONUS FUN FACT:
If you laid every parade balloon since 1927 end to end they would stretch from Battery Park City to the Cloisters. That’s 12 miles of balloons! 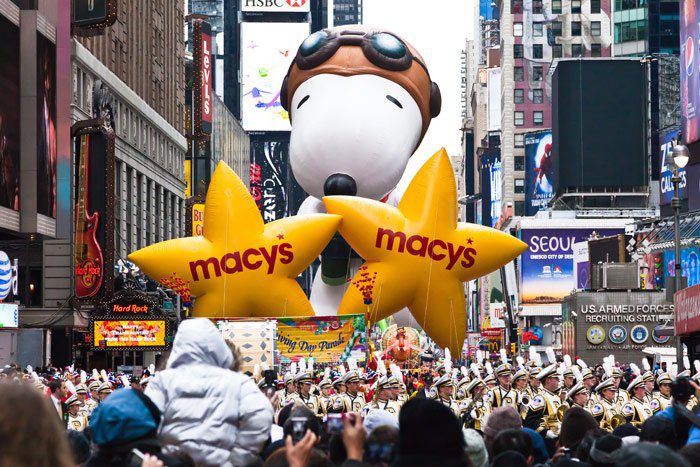 Celebrated since 1924, the Philadelphia Thanksgiving Day Parade prides itself as the oldest Thanksgiving parade in America. The annual parade is famous for its huge helium-filled balloons, floats in all shapes and sizes and a special visit from Santa who sees Philadelphia into the festive holiday season. The 1.4 mile long procession starts at the 20th Street and JFK Boulevard, and finishes at the base of the famous Philadelphia Museum of Art, which is the best spot to watch the parade.

While Philadelphia boasts the title for the oldest Thanksgiving Day parade, Plymouth prizes itself as the heart of the very first Thanksgiving meal, which was held by the Pilgrims of the Plymouth colony in 1621. The Plymouth Thanksgiving parade has a strong historical theme and is one of the only historically accurate chronological parades in the U.S. Perfect for history buffs or anyone interested in American heritage, the parade brings history back to life with soldiers, patriots and musicians performing re-enactments from the 17th to 21st century. Different from most of the other Thanksgiving day parades which are held on the last Thursday in November, America’s Hometown Thanksgiving Parade is held the weekend before. 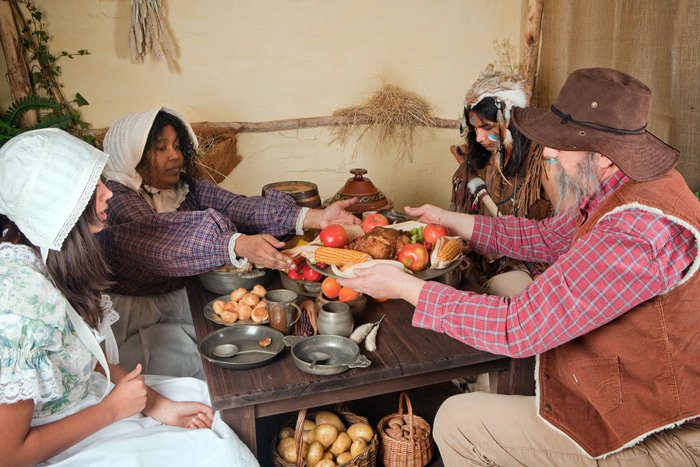 Another one of our favourites, the Thanksgiving parade in Chicago each year invites hundreds of thousands of people to line up the State Street between Congress Parkway and Randolph Street to see a grand spectacle of marching bands, decorated floats and massive helium balloons. Originally named the Christmas Caravan in 1930s, the parade has grown into a remarkable procession with special guests representing every part of America, as well as many cultures from around the world. 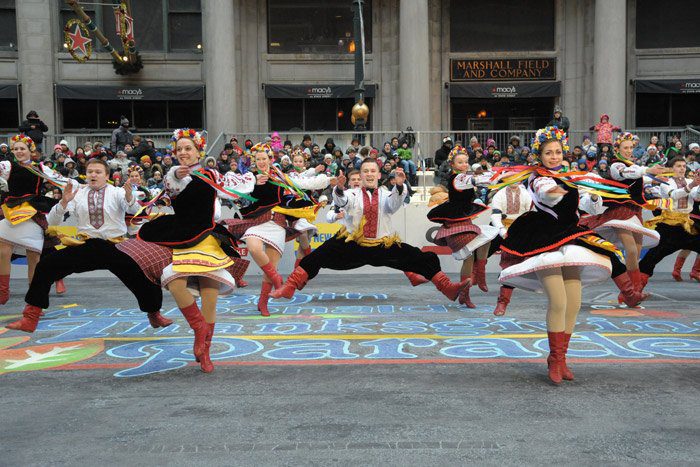 Louisiana, home to the ingenius “turducken” invention (a turkey stuffed with a duck stuffed with a chicken), is the perfect place to celebrate Thanksgiving. Famous for its rich culture and spectacular carnivals, you can trust New Orleans to throw a Thanksgiving Parade you won’t forget! This year marks the 38th year for the highly underrated Thanksgiving Day parade, which begins at the Mercedes Benz-Superdome and ends at the French Market, where you can continue the celebrations by indulging in the New Orleans twist on the Thanksgiving Day dish! 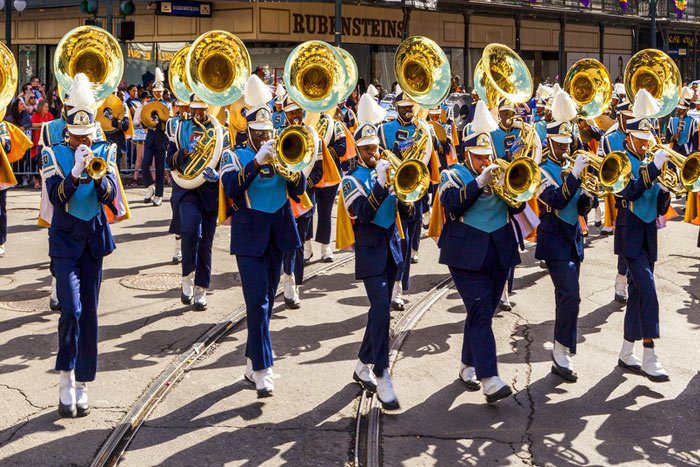 No matter where and with whom you choose to celebrate Thanksgiving Day, there is a myriad of activities held all around the U.S. that are worth experiencing! For more information on booking your holiday around Thanksgiving next year, call our American travel experts on 01-8173562 or visit our New York destination page.

00 Incredible multi-city holiday destination Multi-city holidays allow you to get more out of your travels! After all, who wouldn’t want to visit multiple destinations in just one trip? Not only are they a great way to pack a lot into your holiday, but multi-city travel packages are also the chance to really get to… END_OF_DOCUMENT_TOKEN_TO_BE_REPLACED