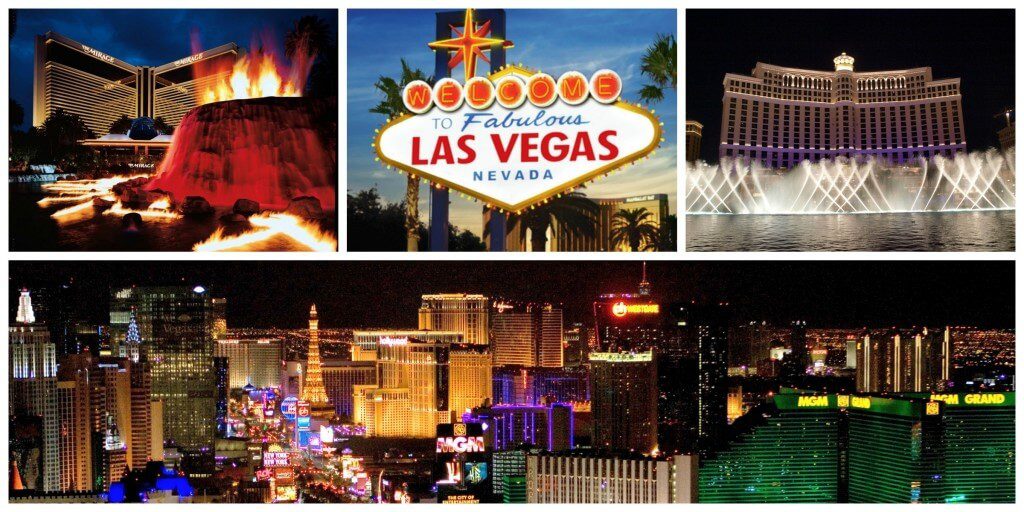 When you think of Las Vegas you automatically think of penny slots and high stake table games, but there is so much more to this fabulous destination. The bustling nightlife, shopping and endless entertainment that is on offer in Las Vegas is mind-blowing!

When you’re planning a trip to Las Vegas the number one rule is to stay on The Strip. There are fantastic hotels available with even more fantastic rates. Good value hotels include the Luxor, Flamingo, The Linq and Harrahs. Mid-range hotels include Paris, Planet Hollywood or MGM. As far as luxury and high end hotels go you’d have to stay at Caesars Palace, The Wynn or the fabulous Bellagio hotel.

SO WHAT’S THERE TO DO IN LAS VEGAS?

When you’re not lounging by one of the beautiful pools or even enjoying the famous “pool parties” at the Las Vegas hotels, you’ll soon realise that attractions in Vegas are abundant. Around every corner is the opportunity to see or do something amazing, from Cirque du Soleil to spell-binding magic shows, Las Vegas has it all.

At almost every hotel there is a show or concert with world class super stars. The MGM Grand hosts Cirque du Soleil’s “Ka”. The combination of automation and multimedia projections with puppetry and pyrotechnics is simply captivating. Take a stroll down to the Bellagio hotel and experience “O”. This is a water-themed production which sees the audience treated to performers doing synchronized swimming acts, ground acts and aerial stunts. Perfect for a romantic night out!

Aswell as top class theatrical productions of West End and Broadway favourites, Las Vegas has become home to some of music’s biggest stars in recent years such as Shania Twain, Elton John, Britney Spears and Barry Manilow. In between touring the world, Boyz II Men are regulars at weekends in 2015 at the Mirage. Mariah Carey has also just announced a short residency at Caesar’s Palace. So, treat yourself and take in a once in a lifetime show.

If comedy is more your thing you can choose from David Spade at the Venetian, Terry Fator the comedic ventriloquist and impressionist at the Mirage or the quirky and hilarious Carrot Top at Luxor Hotel & Casino.

New to Las Vegas in 2014 was the addition of the world’s tallest observation wheel, The High Roller. Standing at 550 feet tall, you’re sure to treasure the view of the Las Vegas Strip and the surrounding landscape you’ll see from the top. Each journey lasts 30 minutes so you won’t miss a thing!

The daytime in Las Vegas is just as exciting as the night time. There is lots to do including the Shark Reef Aquarium in Mandalay Bay, the Volcano at the Mirage, the Titanic Exhibition at the Luxor and admiring the view of the Strip and mountains in the distance from the top of the Stratosphere Hotel & Casino. You’ll never be bored! If it’s a thrill you seek you definitely need to check out the rides at the top of the Stratosphere – Insanity, X-Scream and Big Shot.

In recent years, world class and celebrity chefs such as Gordon Ramsey, Wolfgang Puck and Guy Fieri (to name but a few!) have opened their restaurants in Las Vegas so why not treat yourself to an amazing meal at one of these award winning restaurants that Las Vegas has to offer. From fine dining to quick service you’re spoiled for choice all along the strip. Personally, I think the food court in the Venetian is one of the best you’ll find in Las Vegas. or for an idyllic romantic experience, why not try Mon Amie Gabi at Paris where you can eat alfresco and watch the dynamic fountains of the Bellagio opposite.

Try the night time view from the roof of the Mandalay Bay Hotel while you enjoy a drink at the Mix Lounge. It is by far the best open air view of the Las Vegas strip!

Almost every hotel in Vegas has a renowned nightclub. You might be lucky enough to get discounted access to them if you’re staying at a top hotel! Some of the most popular include Ghost Bar, LAX, Chateau and Coyote Ugly. You just never know who you might bump into!

You wouldn’t think that a hotel could house dolphins and tigers but one of my favourite things I’ve ever done in Las Vegas has to be Siegfried & Roy’s Secret Garden and Dolphin Habitat at the Mirage Las Vegas. It has a very peaceful atmosphere that you’re unlikely to find anywhere else in Las Vegas. The Dolphin Habitat is a research facility designed to educate people about these amazing mammals.

There’s so much to see and do in Las Vegas you’ll never see everything in one visit, so keep some things for your next trip back!

00 Incredible multi-city holiday destination Multi-city holidays allow you to get more out of your travels! After all, who wouldn’t want to visit multiple destinations in just one trip? Not only are they a great way to pack a lot into your holiday, but multi-city travel packages are also the chance to really get to… END_OF_DOCUMENT_TOKEN_TO_BE_REPLACED