Orlando is one of the best destinations for reinventing the wheel. In the past few weeks and over the coming months, there are so many amazing new attractions coming to the destination. In our latest blog post, we’re taking you through some of the newly launched attractions as well as up and coming attractions opening this year. This is the ultimate new Orlando attractions list 2019!

The latest addition to The Wizarding World of Harry Potter at Universal Orlando Resort is Hagrid’s Magical Creatures Motorbike and this exciting ride is opening this June! Board your magical motorbike and take off on a journey through the Forbidden Forest. On this thrilling ride, you will come face to face with some of the world’s most magical creatures and there will be plenty of surprises, twists and turns as well, in true Hagrid style! The ride features new innovative coaster technology which embraces a new level of storytelling. Now open.

Star Wars Galaxy’s Edge is coming to Disney’s Hollywood Studios at Walt Disney World this year and this highly anticipated land will transport you into a galaxy far, far away. The land will feature two exciting rides, Millennium Falcon: Smugglers Run and Star Wars: Rise of the Resistance. Millennium Falcon: Smugglers Run will open May 31st 2019, while Star Wars: Rise of the Resistance is due to open later this year. Throughout Galaxy’s Edge, you will also get to enjoy galactic dining opportunities and Black Spire Outpost Shops. Now open. 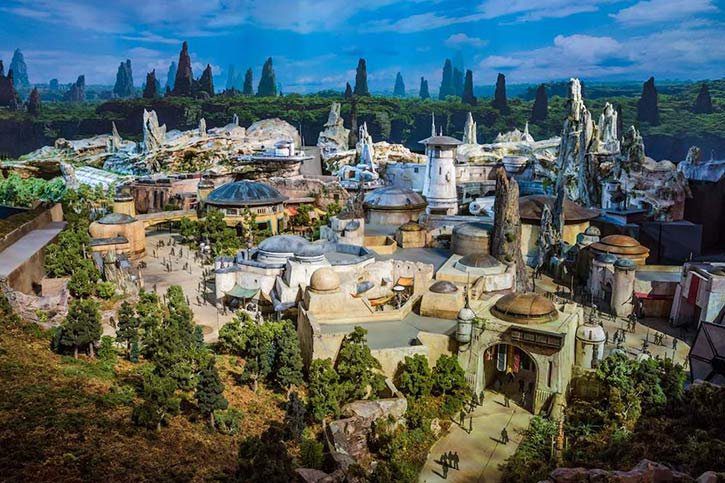 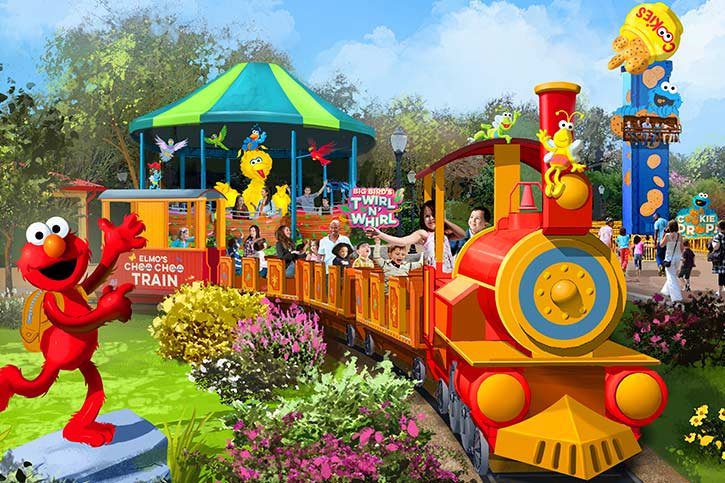 KareKare Curl is Aqautica Orlando’s newest high thrill ride and it opens this month. In the Maori language, KareKare means waves and when combined with curl, this term describes a curve shaped wave, which is what riders will experience when surging up the vertical wave wall! This adrenaline pumping ride is a raft ride that you can enjoy your with your thrill seeking friend! Now open. 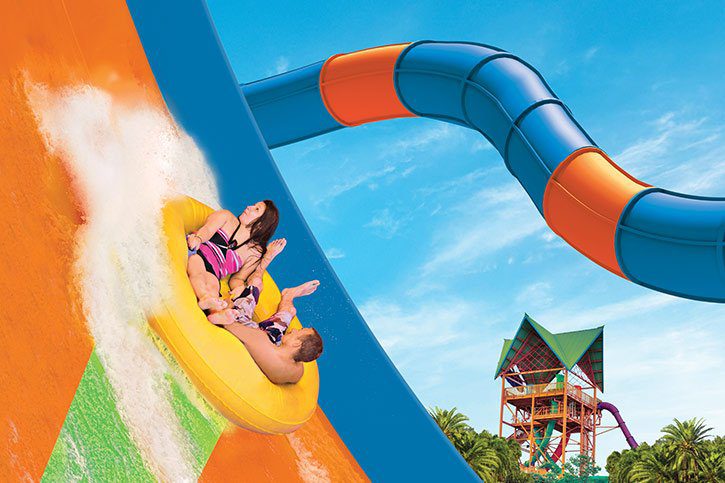 Coming this year is Mickey & Minnie’s Runaway Railway at Disney’s Hollywood Studio. Mickey & Minnie’s Runaway Railway will be the first ever ride to star Mickey Mouse and it will give you the chance to step into the movie screen on an exciting, thrilling attraction. The attraction will use a high tech projection effect to recreate the energy that is found in the Mickey Mouse film shorts. The ride will feature surprises, twists and turns and it will no doubt be loved by all the family. Opening this year.

Busch Gardens newest roller-coaster Tigris is opening this spring at Busch Gardens Tampa Bay and this new roller-coaster will be the tallest in Florida! Tigris is a new triple-launch steel roller-coaster that will feature breath-taking drops, a 150 foot skyward surge, and an inverted heart line roll, all while travelling more than 60 miles per hour. The track spans an impressive 1800 feet and is designed to mimic the agility of the world’s largest and most powerful cat, the tiger! Now open. 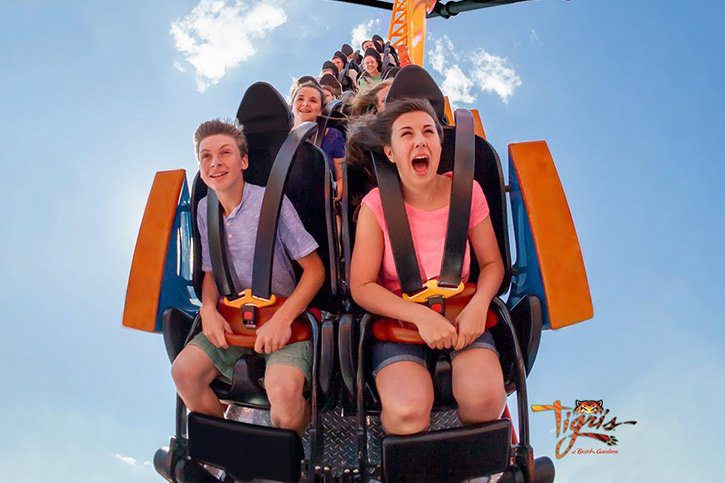 The all new LEGO Movie World is opening this spring at LEGOLAND Florida and this exciting new land will feature three new rides, new attractions and so much more. Visitors will also have the chance to meet their favorite LEGO characters from the film at the pack. The lands marquee ride, The LEGO Movie Masters of Flight features the only 180 degree turn on a flying theater in the world! 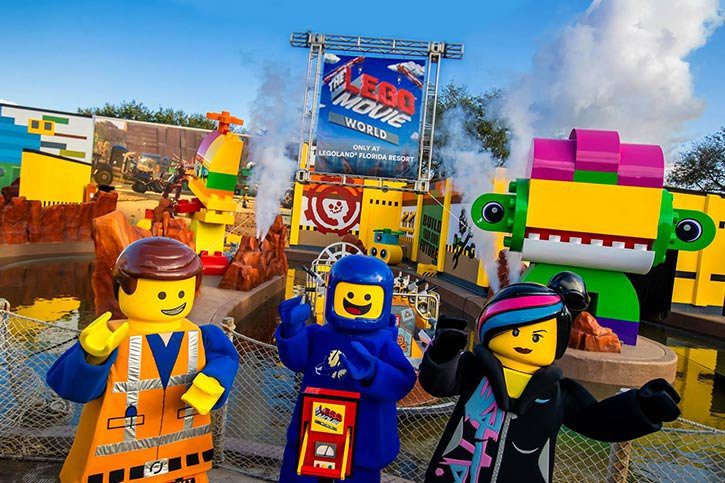 Toy Story Land opened a few weeks back and it has become a firm favorite among visitors to Orlando. The land features two key rides, Alien Swirling Saucers and Slinky Dog Dash. These rides join the long running Toy Story Mania! Attraction and are also accompanied with dining and shopping opportunities. In Toy Story Land, you will feel like you have truly shrunk to toy size and throughout the land, you can also meet Toy Story favorites including Sheriff Woody, Buzz Lightyear and Jessie. Now open. 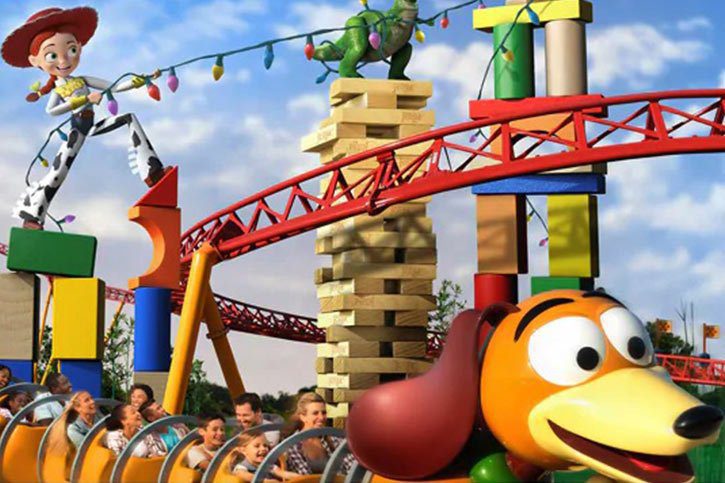 Infinity Falls is a thrilling rip-roaring raft ride at SeaWorld Orlando. With a record setting 40 foot drop, and a rolling jungle river which takes you through the ruins of an ancient river, this exciting raft ride is a must! Be prepared to get wet! Now open. 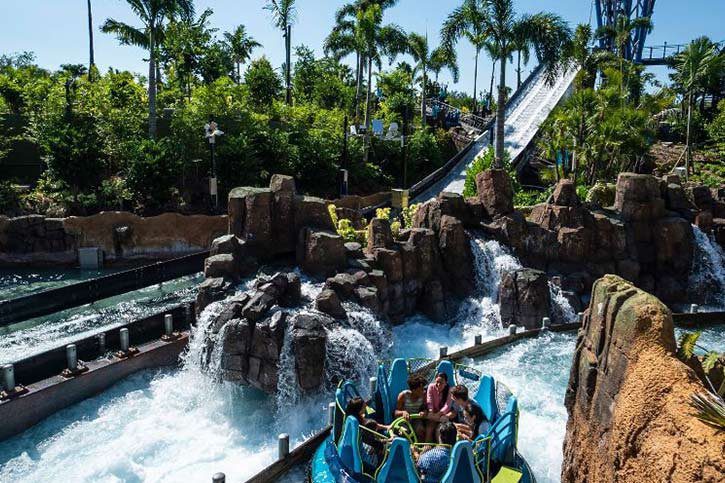 So there you have it, a run through of Orlando’s latest theme park additions and up and coming attractions! Orlando is a destination which is always reinventing the wheel, and if you would like more information on this exciting holiday destination, you can reach our multi-award winning travel experts on 01-8173562 or via the contact form below.

Incredible multi-city holiday destination Multi-city holidays allow you to get more out of your travels! After all, who wouldn’t want to visit multiple destinations in just one trip? Not only are they a great way to pack a lot into your holiday, but multi-city travel packages are also the chance to really get to know… END_OF_DOCUMENT_TOKEN_TO_BE_REPLACED