One of the biggest attractions for those visiting Florida is Walt Disney World. Walt Disney World is home to six magical theme parks, endless magical parades, magical character meet and greets, and so much more. Whether you have been before, or whether it’s your first time visiting Disney, keep on reading, this is our Walt Disney World Florida Park Guide! 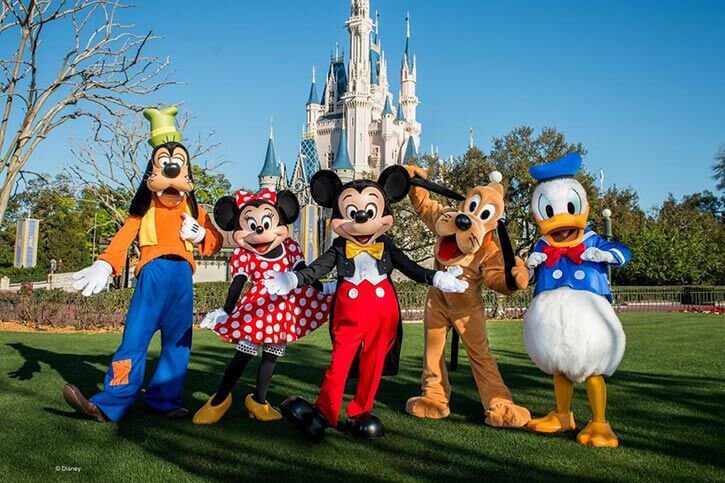 Magic Kingdom is where fairy-tale dreams come true for children and adults alike. The most iconic of the Disney parks, Magic Kingdom is filled with many amazing attractions. Explore lands of endless enchantment, test your thrills on iconic rides and immerse yourself in timeless fairy tale classics as you meet Disney’s most iconic characters. Magic Kingdom is home to a variety of lands and worlds, including Tomorrowland, Fantastyland, Frontierland, Adventureland, and of course, the wonderful Main Street USA, your first stop on arrival into Magic Kingdom.

Throughout each of these lands, your Disney fantasy will become a reality in Magic Kingdom. While there, be sure to try out the following amazing rides:

Another reason Magic Kingdom is loved so much is because of it’s out of this world experiences. From the awe-inspiring fireworks displays each night, to the wonderful character parades and meet and greets, there truly is magic around every corner in this park. You also have the opportunity to meet your favourite Disney Princesses and characters throughout each day, something that will be so memorable for your little ones. 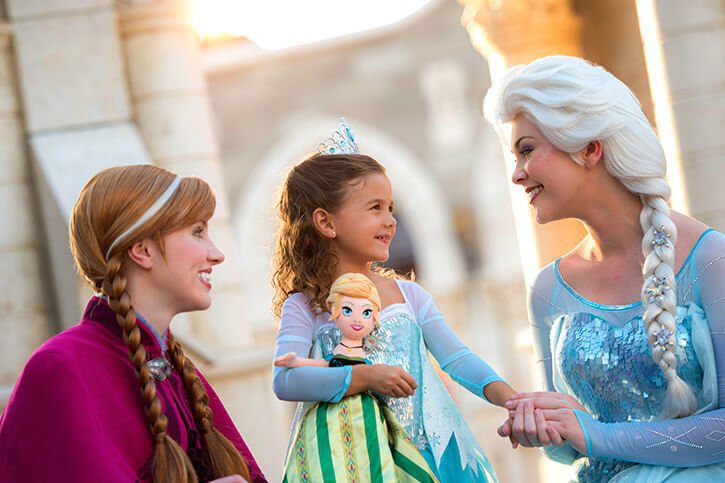 Disney’s Epcot will give you the opportunity to travel around the globe. From under the sea, to outer space and beyond, Epcot is a wonderful park where high tech fun and Disney imagination combine to make up two distinct worlds, Future World and World Show Case. Popular rides include:

– Frozen Ever After
– Soarin’ Around the World
– Test Track
– Mission: SPACE
– Marvel’s Guardian of the Galaxy – coming soon!

Epcot is also popular with fans of Frozen, as this wonderful park is where you can meet Esla and Ana! Disney’s Epcot is also home to many festivals and events throughout the year, making it a popular visit on every Orlando holiday. 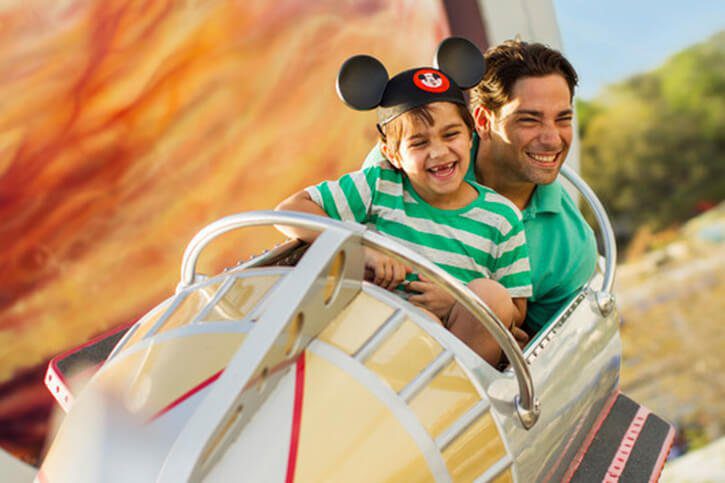 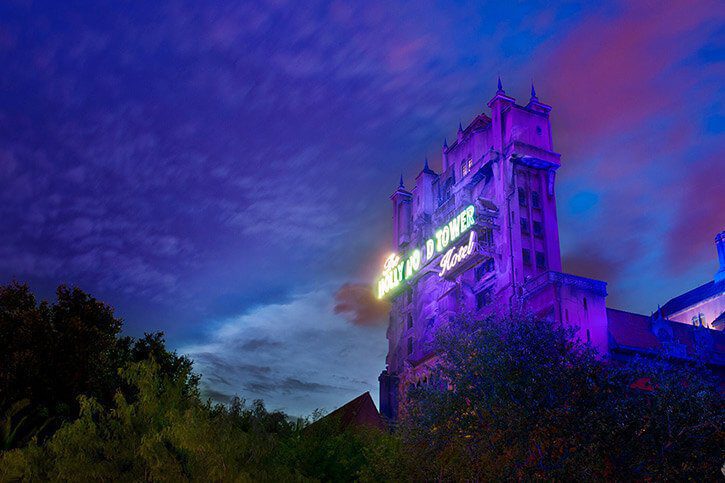 Disney’s Animal Kingdom brings to life the magic of nature. Immerse yourself in one of the largest animal theme parks in the world and enjoy exciting attractions such as:

At night, we highly recommend you check out the Tree of Life Awakening, which is a mesmerizing experience where you will witness the eternal balance and harmony that exists between all living things. Flickering fireflies will magically appear and stir to life as animal spirits join them in a dazzling visual display! 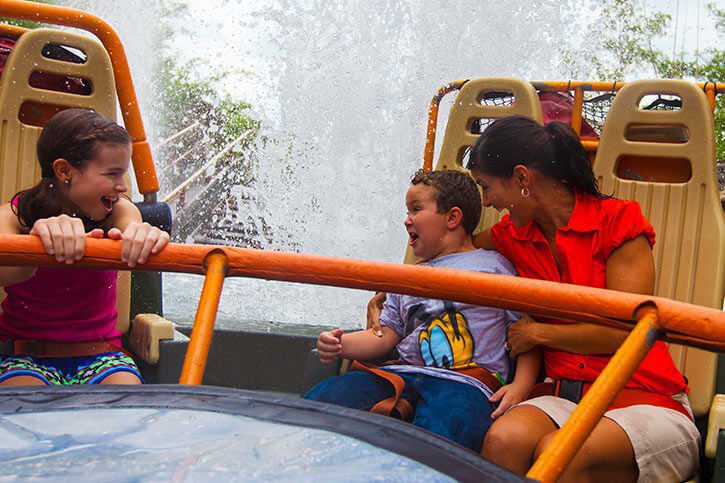 Frosty fun awaits you at Disney’s Blizzard Beach. Disney’s Blizzard Beach is a wonderful family orientated water park which is home to slides and rides for the whole family, including one of the world’s tallest, fastest and free-falling water-slides, a snow-castle play area and many more attractions. Popular rides and slides include:

Soak up an oasis of fun at Disney’s Typhoon Lagoon! This wonderful water park is packed with fun for the whole family, with everything from thrilling water slides to pint-sized raft rides for the little ones. The Surf Pool is also a popular attraction where you can enjoy six foot waves, or if you prefer to chill in the sun, you can enjoy the lazy river and the glorious sandy beaches. Other popular slides and rides include:

Aside from all of the wonderful attractions and experiences we mentioned, throughout Disney, you can also enjoy incredible dining and shopping. It really is the most magical place on earth! 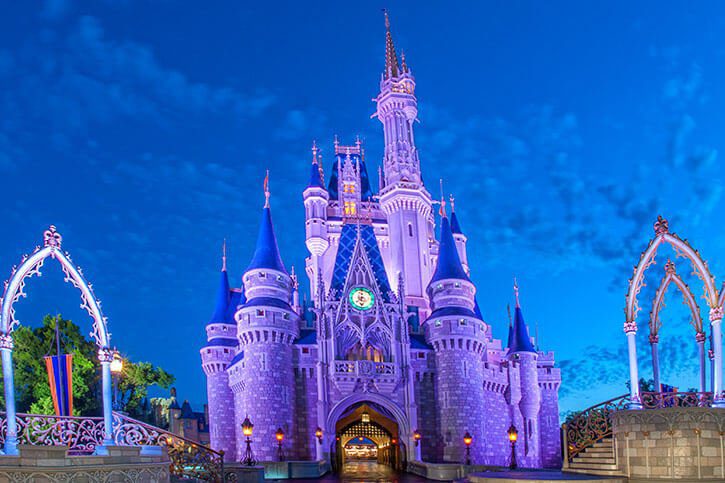 For more information, you can contact our Magical Award Winning Travel Experts on 01-8173562.

Incredible multi-city holiday destination Multi-city holidays allow you to get more out of your travels! After all, who wouldn’t want to visit multiple destinations in just one trip? Not only are they a great way to pack a lot into your holiday, but multi-city travel packages are also the chance to really get to know… END_OF_DOCUMENT_TOKEN_TO_BE_REPLACED